We travelled out west today with our first target being the long staying male Eider in Fareham Creek. It should have been an opportunity for easy close up pictures but despite a lot of searching we could not find the bird and came away empty handed. Fortunately the poor start to the day was rescued when we came across a small flock of Bearded Tits that were showing well on the edge of a reed bed.

It was an opportunity not to be missed. We counted eleven birds and we had about an hour photographing them before they moved on. Almost perfect, the only thing missing was enough light to take a decent picture. I know its not worth pushing my camera above ISO 400 but to get anything at all I had to go above this, use f6.3 and try to keep the lens steady at 1/100th sec. I took over six hundred pictures and in the first three hundred I could not find a single shot worth keeping. Fortunately towards the end it brightened up a bit, probably only by a couple of stops, but it was enough to get a few acceptable shots. 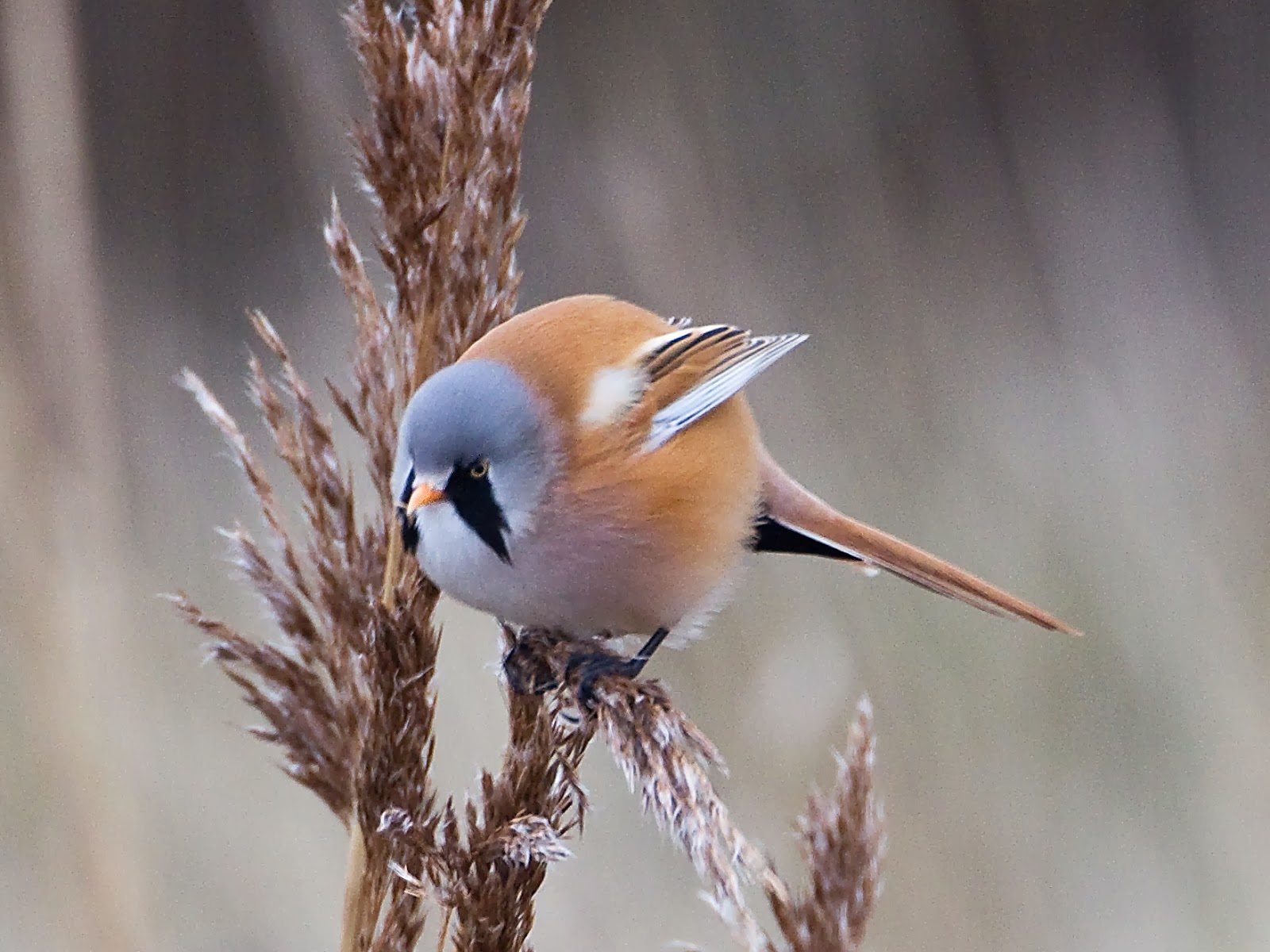 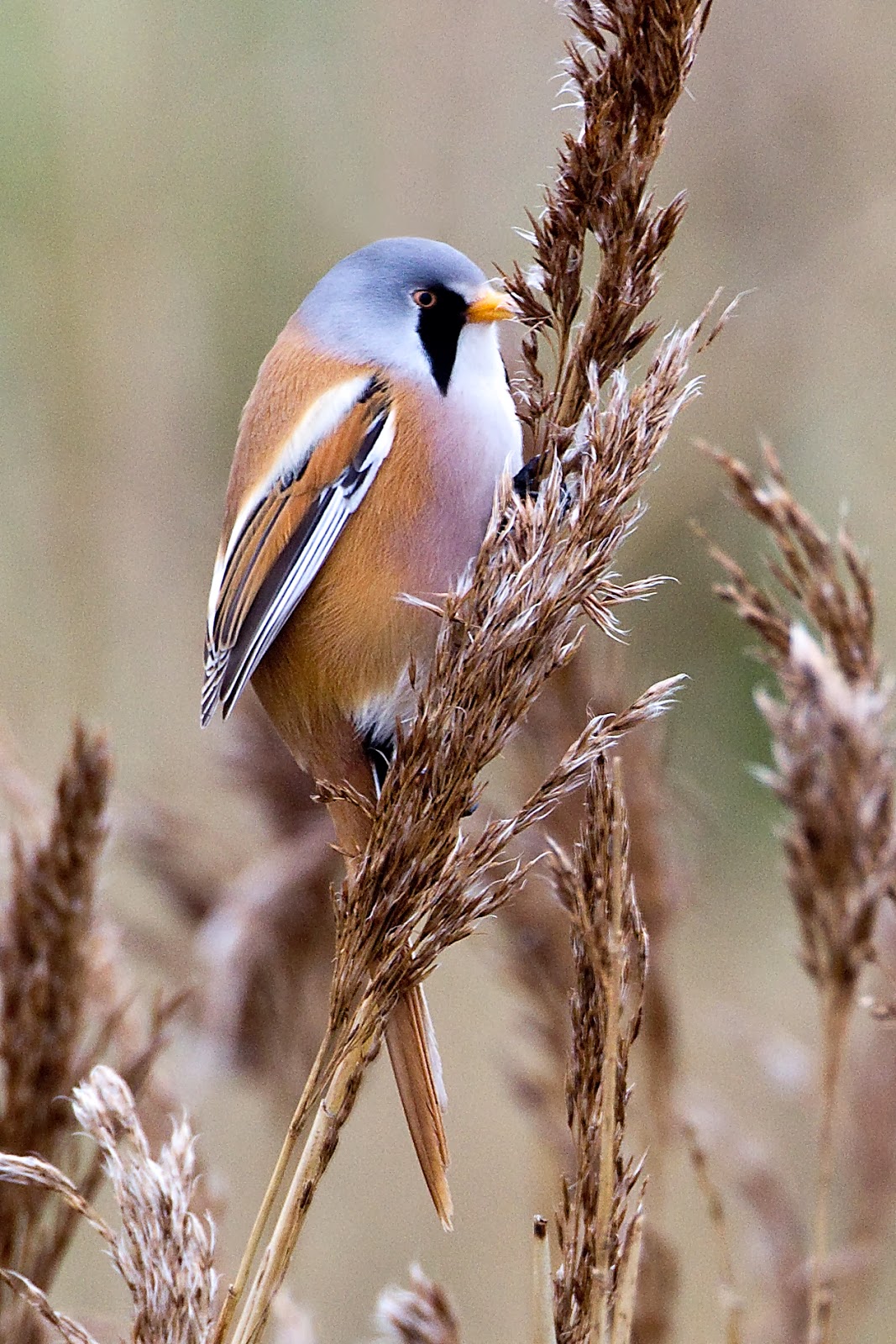 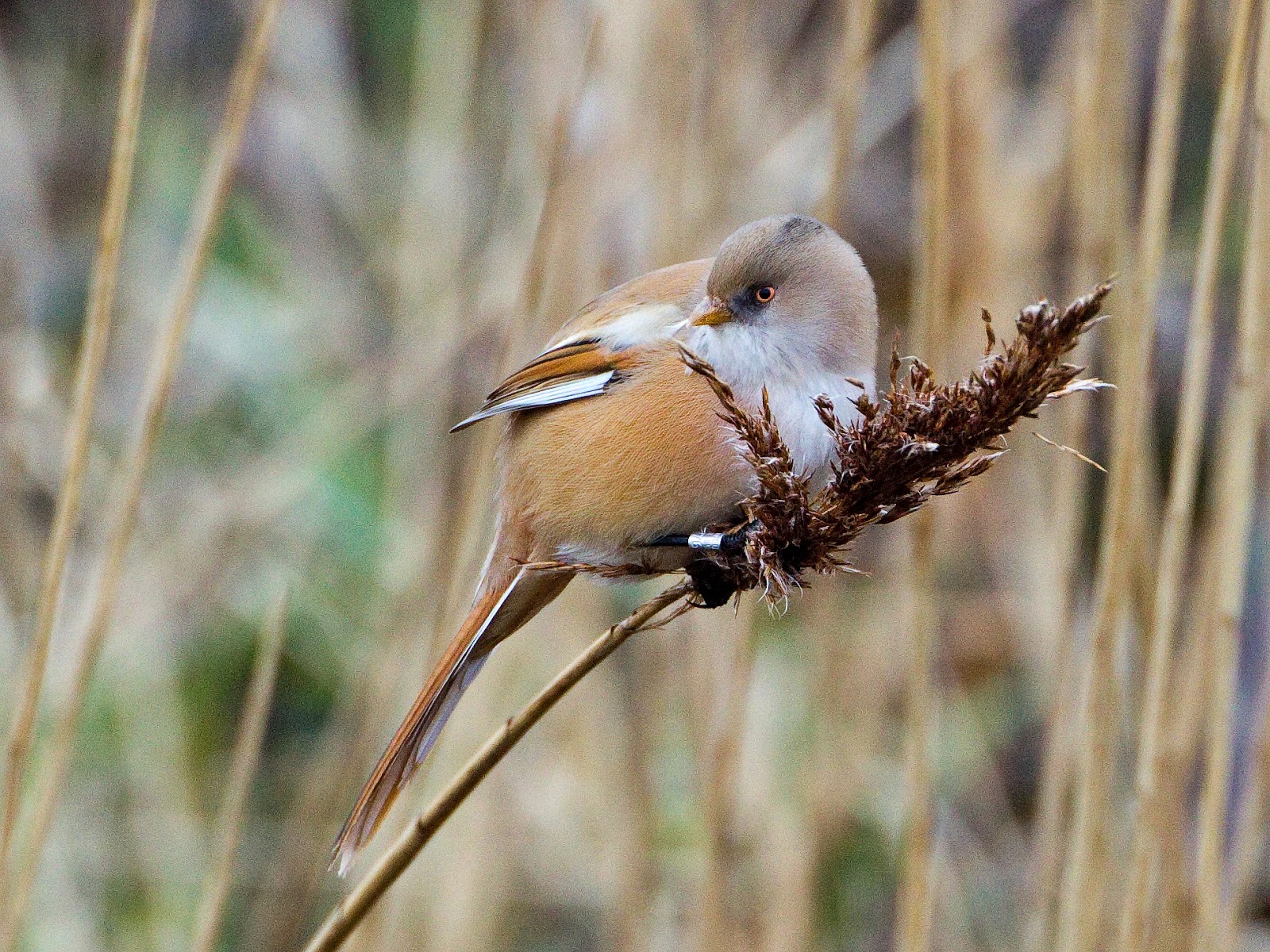 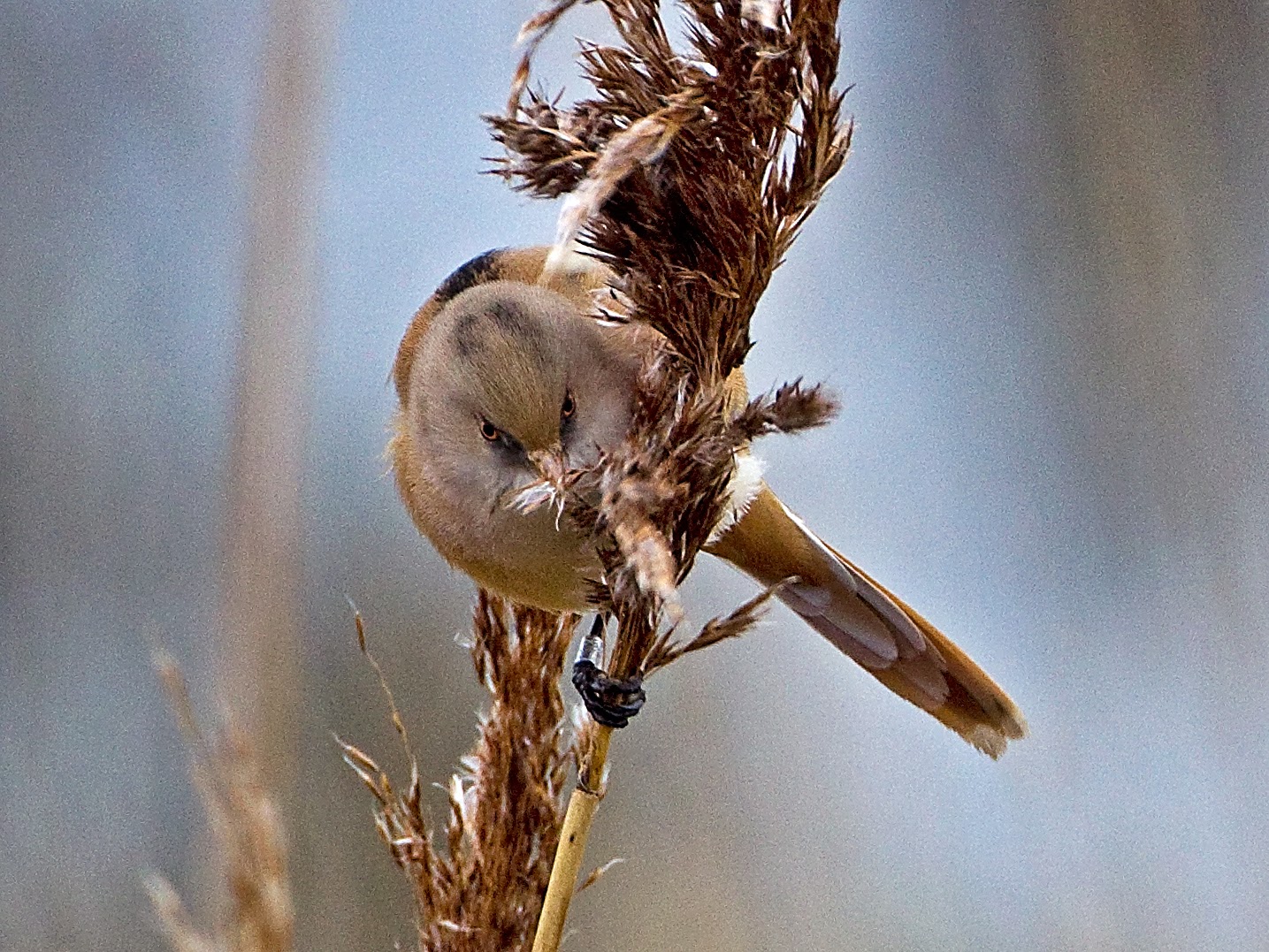 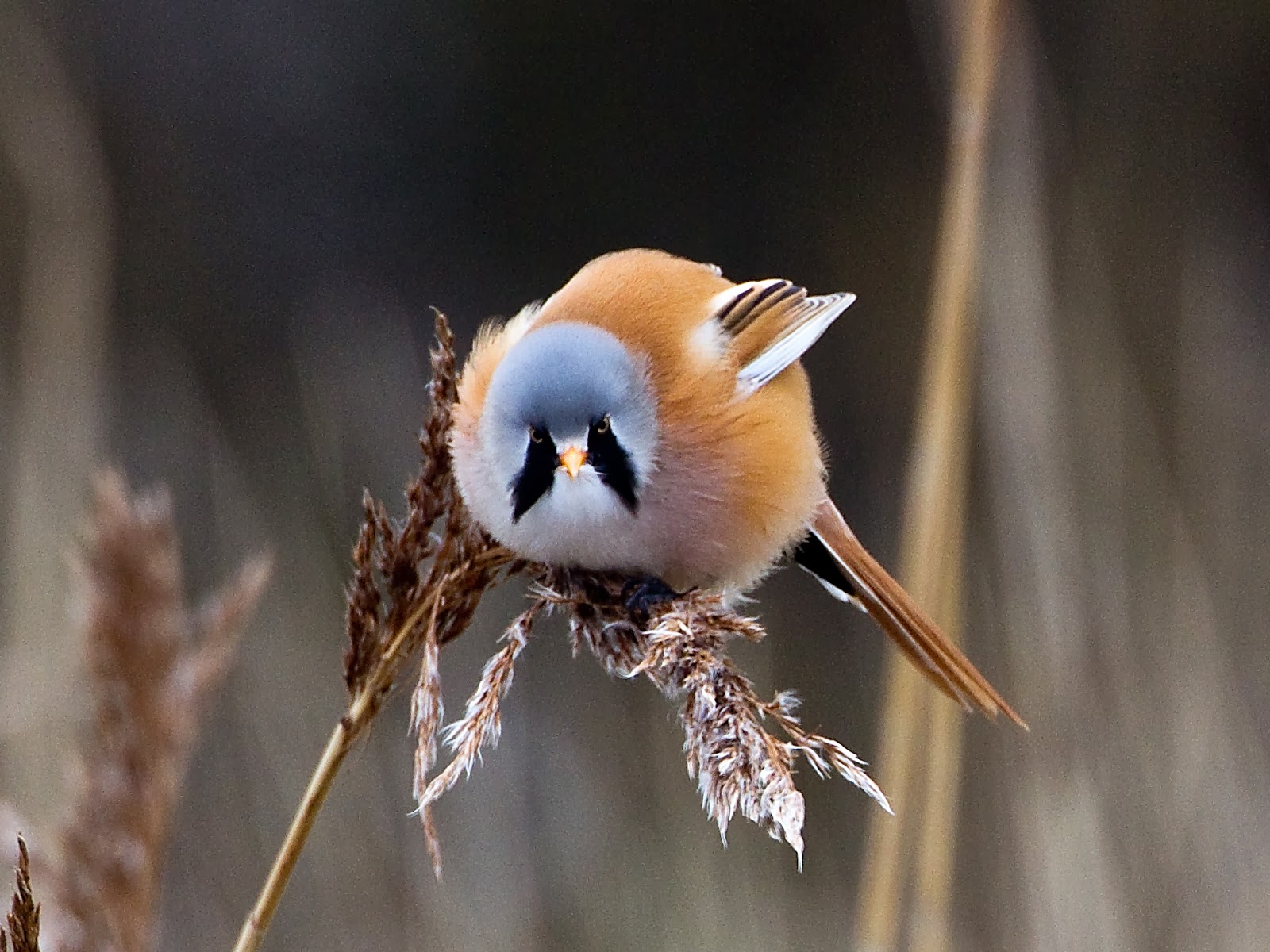 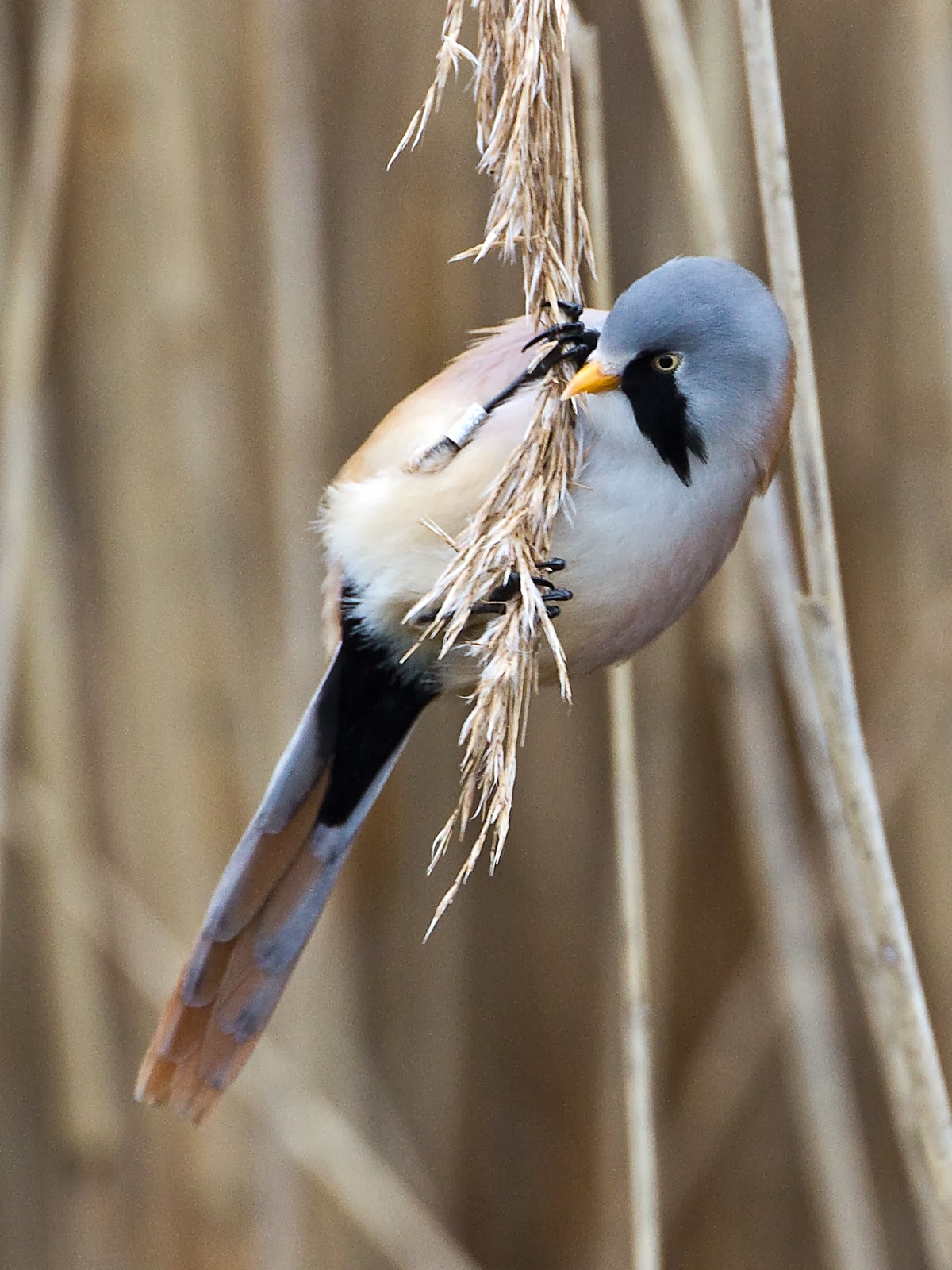 We finished off at Pagham Harbour. There were lots of birds visible from the North Wall but they were mostly some distance off in the flooded fields. I don't think I have ever seen so much water north of the wall. The birds were flushed a number of times whilst we watched, probably by a passing raptor, and thousands of birds would take to the air forming up into flocks of the various different species. It was like an aerial ballet with the honking of the Brent Geese providing the soundtrack.

There were Goldeneye and a Slavonian Grebe on the lagoon along with the usual birds.

The bird I really wanted though was the Slavonian Grebe. I had already had one go at getting a picture of it and had been driven off by the heavy rain. Today looked more promising and after a bit of stalking I had the shot all lined up. I pressed the shutter and nothing happened, just a little image in the viewfinder saying memory card full. If only I had taken a few shots less of the Beardies. I had a spare memory card but by the time I had changed them over the opportunity was gone.

I just hope it stays around for a bit longer.