Mid February and time to make our annual trip to the New Forest to see Lesser Spotted Woodpeckers. Or, as it turns out almost every year, to spend a morning listening to distant drumming and to leave without managing to set eyes on them. This year was no exception. Greater spots drumming and a distant half hearted drumming from a Lesser Spot but no sight of them at all.

Plenty of birds in the forest but all of them difficult to approach although we did get the opportunity to photograph a juvenile Buzzard just after we entered the forest. It is not an unusual bird to see but it is one that I have always found difficulty in photographing. 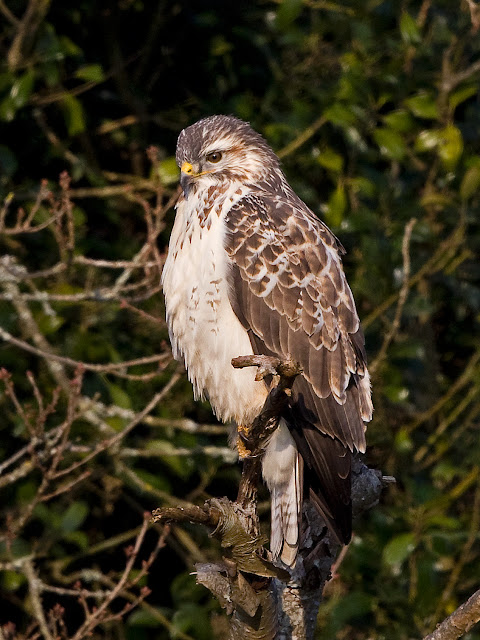 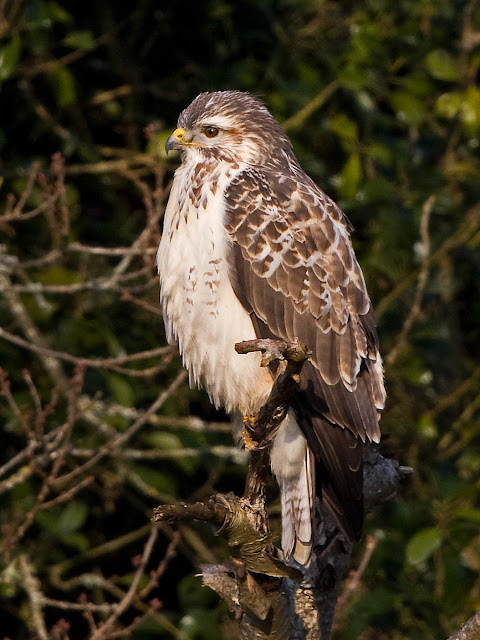 We had a look at Blashford and a few of the enclosures but there was not much to see and even less to photograph. There were a few of the more common birds about but there was little point in spending time chasing them when our final stop of the day, at Eyeworth Pond Fritham,  would deliver close up views of all of these birds.

You do need to take a few handfulls of peanuts or sunflower seeds to keep their attention but the birds are conditioned to being fed and to being close to people.  It's not our usual idea of birding but it does lift the spirit to have so many "wild" birds almost close enough to touch.

Even the Mandarins are happy to come over looking for food. We had seen ten of these at the northern end of Swanbourne Lake earlier in the week but they were very wary of people, staying well away from the feeding areas. The Eyeworth birds were out on the pond edge often too close to be able to get the picture.


Last time we visited there were a pair of Wood Ducks on the pond. I was hoping they would have stayed and I could have another go at photographing them but we did not see any sign of them this time.


As you leave the forest there are some areas of open grassland which are always good for Thrush species. Most were a bit distant but we were fortunate to get a pair of Mistle Thrushes that were feeding close to the car.


We didn't see anything spectacular and we didn't add any year ticks but it just felt good to be in close contact with the birds and to be taking pictures all day. The alternatives were standing in the cold all day waiting for the  Thayer's or Ross's Gulls to turn up -- boring!!

There have been quite a few trips out since the last blog but picture opportunities have been limited and on a couple of occasions so have the birds. A trip to Dungeness proved to be particularly disappointing. We had distant views of Smew and Slavonian Grebe but the Black-throated Diver we were hoping to see failed to make an appearance. Picture-wise all we managed were the Tree Sparrows at Boulderwall Farm.

Fortunately views of distant White-fronted Geese at Pett Level and then a Short-eared Owl in the half light at Horse Eye Level proved to be some compensation. 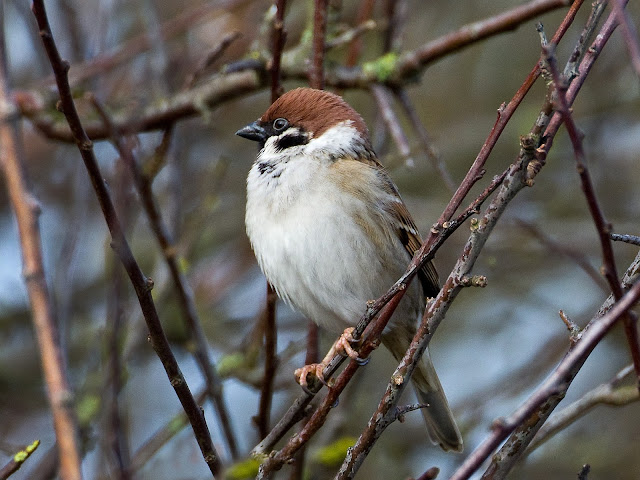 Similarly a trip up to Stapleash Farm didn't deliver on the Hawfinches or Little Owl but we did at least get to see Dartford Warblers on the commons. The only picture of the day was this Marsh Tit but even that proved hard to get as it scurried through the branches searching for food. 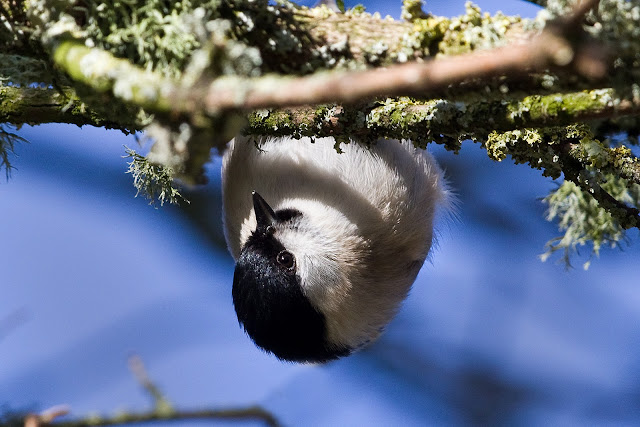 The Tit flocks seem to be dispersing as breeding season approaches and it was unusual to see this lone Long-tailed Tit feeding on the ground. 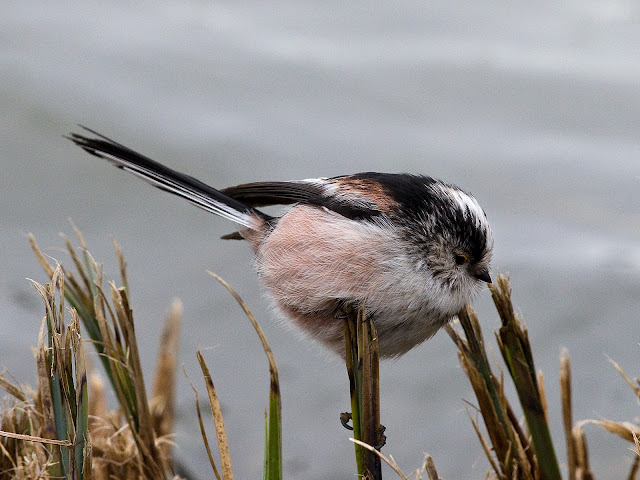 I also trekked through the mud on the footpath from Pagham to Honer reservoir. It was great to see the long staying Long-tailed Duck but I really should have worn the wellies. 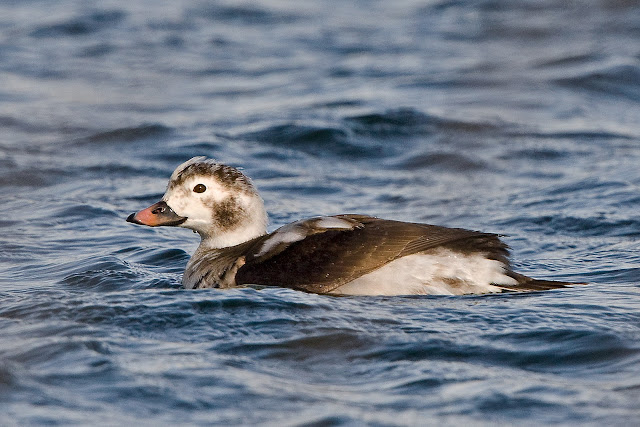 The year ticks are gradually edging up but I am somewhat behind schedule as compared with previous years. The birds, particularly the Geese and the Owls,  just don't seem to be around in the same numbers. Just have to make do with Hawfinches.

A short blog, only two pictures and neither of those are particularly good. It was still worth recording though, Bluethroat is a life tick. Even better this appears to be a White-spotted Bluethroat which a quick Google search indicates as being a rarer subspecies than the Red-spotted Bluethroat. 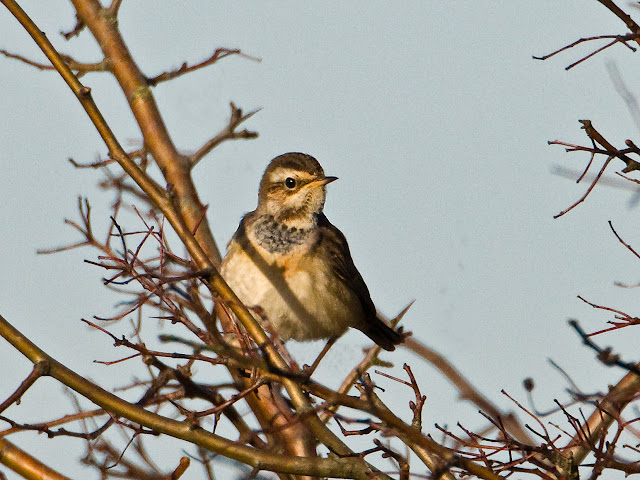 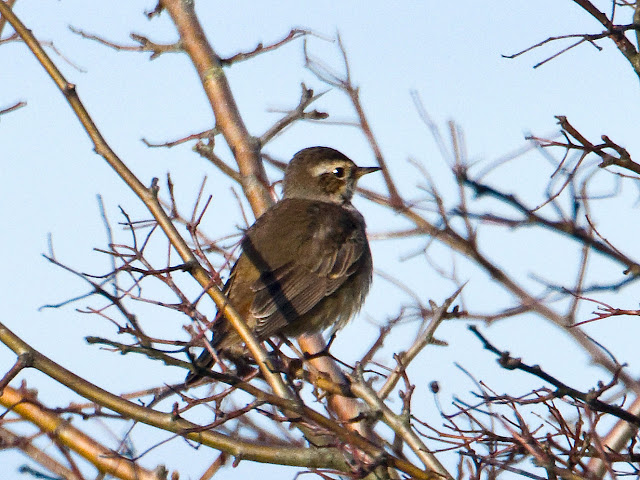 Half an hour waiting in the freezing cold for about thirty seconds with the bird. Saw it, got a record shot, but then waited another two hours to get a better picture. It didn't happen. Might try again if it is still there next week.

Posted by Martin Peacock at 11:45 No comments: Links to this post

You get some good birds at Widewater but getting pictures of them can be hard work. Pick the right day and the right time and there are some good opportunities. Get the timing wrong and you leave empty handed, only to read reports of the successes of others when you get home that evening.

You also have to contend with dogs charging out into the reserve and flushing the birds and also the occasional overeager photographer doing the same. Just what you need when you have been sat there for an hour or so waiting for the birds to come closer.

I even flushed the Goosander myself today. I watched it for about five minutes and then decided that I should pay for a parking ticket before I got the camera out. The Goosander must have good hearing as it took off just as my money disappeared into the machine.

Anyway here are a few pictures taken at Widewater over the past month or so. 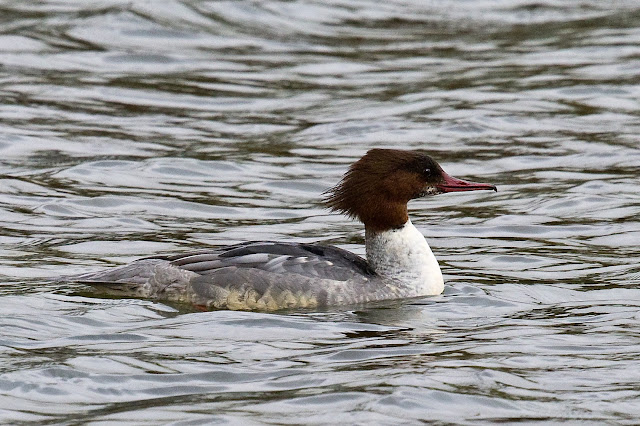 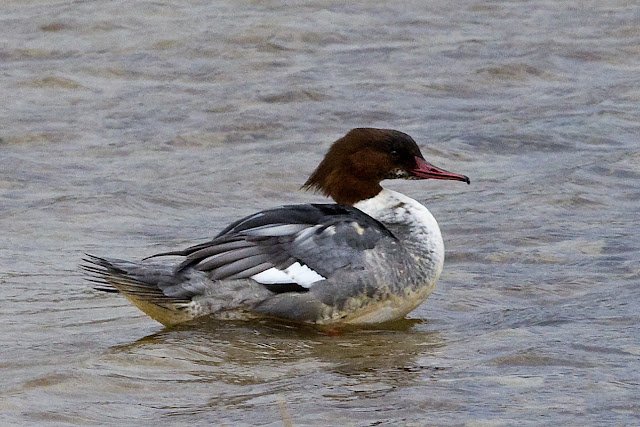 There has been at least one male and two females at Widewater over the past month so I am not sure that these are all pictures of the same bird. As for seeing them, if they are not out on the water they can often be found roosting on the lawn of one of the houses. Have a look about halfway down the western most lake. 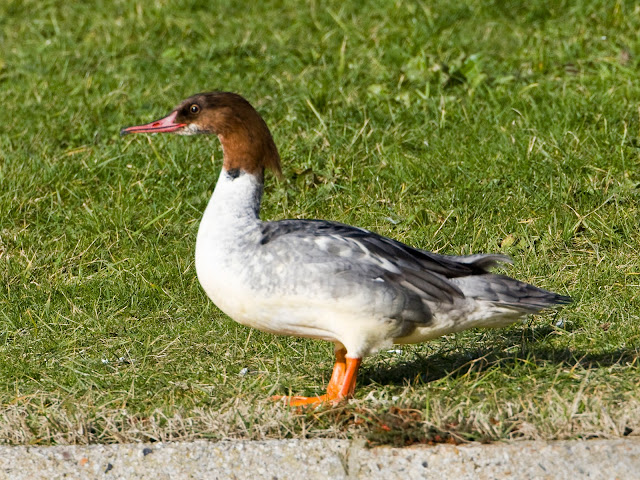 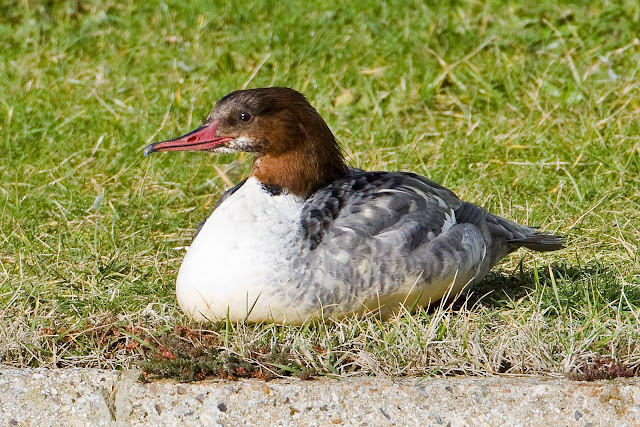 Pull up at the western end of the car park and the resident Stonechats will usually come over to see what you are doing there. 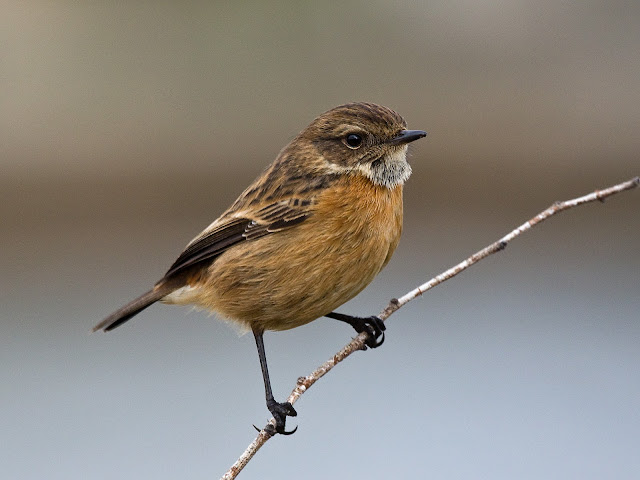 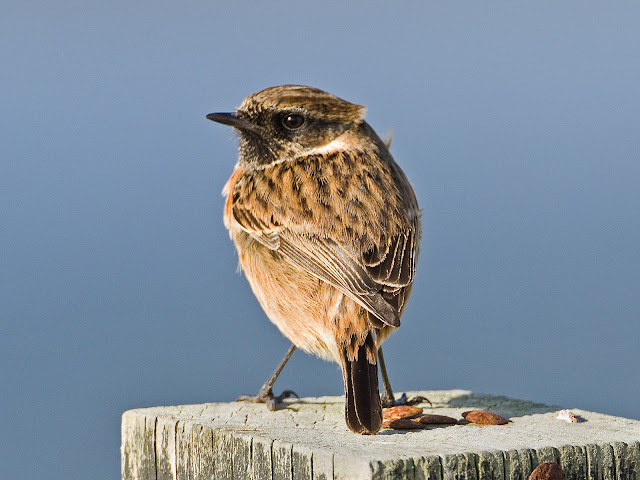 And over the New Year period we had a Knot in residence for a few days. It is always a bit worrying when you see a flock bird by itself but it looked healthy enough and was feeding well. 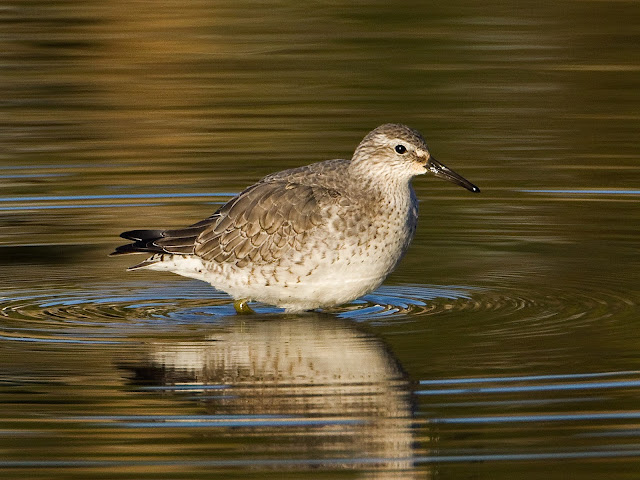 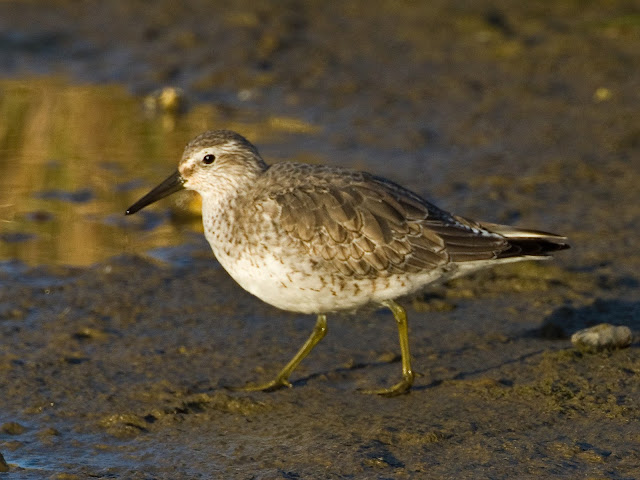 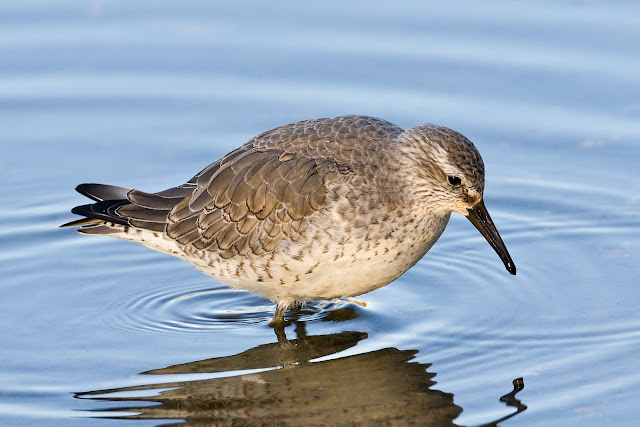 To finish a couple of pictures not from Widewater, the juvenile Black Guillemot from Sovereign Harbour Eastbourne and a couple of shots of Fulmars from Newhaven West Cliffs. 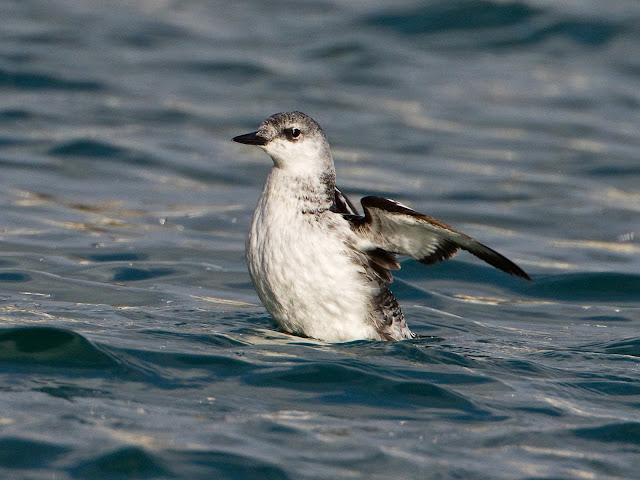 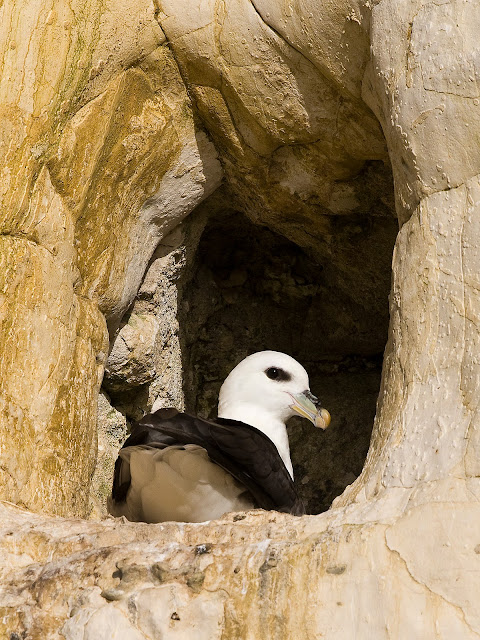 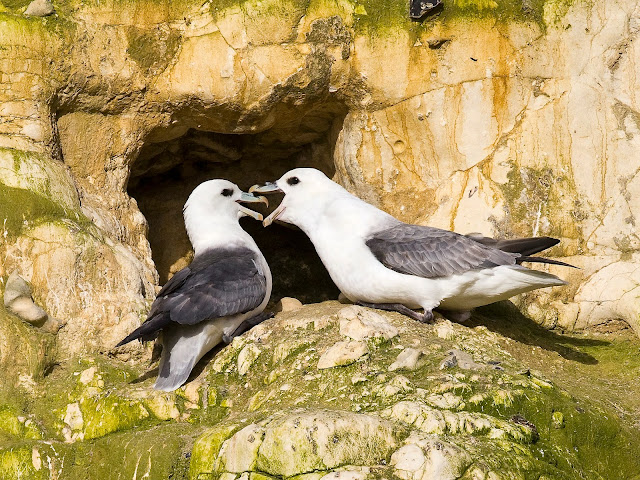 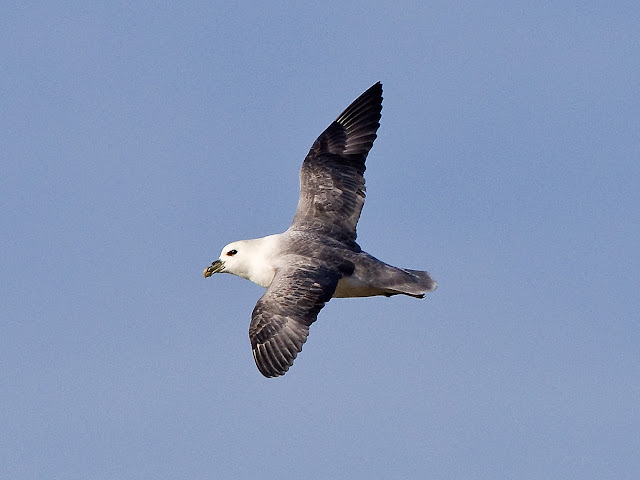 A useful blog, it has cleared out a some pictures that have been sitting in my pending tray for a few weeks. All now filed away and a clear inbox just waiting for the next great adventure!