There were reports of two different Red-footed Falcons up on the Downs north of the Shoreham and Portslade areas. This is not a bird that I get to see very often so having given it a couple of days for the initial rush to die down I went up to have a look on Thursday morning. I parked up just before 06.30 and headed off over Beeding Hill.

It didn't look at all promising. There was a light drizzle and a mix of low cloud and mist that was reducing visibility. Decent photographs looked unlikely but I was still hopeful. I just wanted to see the bird and be able to add it to my meagre year list.

There was no problem in finding it. A couple of people were already up on the hill watching it as it hovered in the wind searching for food. I have to be honest, if I had not known that it was in the area I would have just dismissed the distant sighting as a Kestrel and moved on. It was only when it drifted a little closer and you could get a decent view in the bins, that you could pick up the different markings and in particular the large white collar.


As expected picture quality was poor. I took a couple of hundred shots but even then had difficulty finding any to use in the blog. The one above being washed out by the mist and the one below not much better. 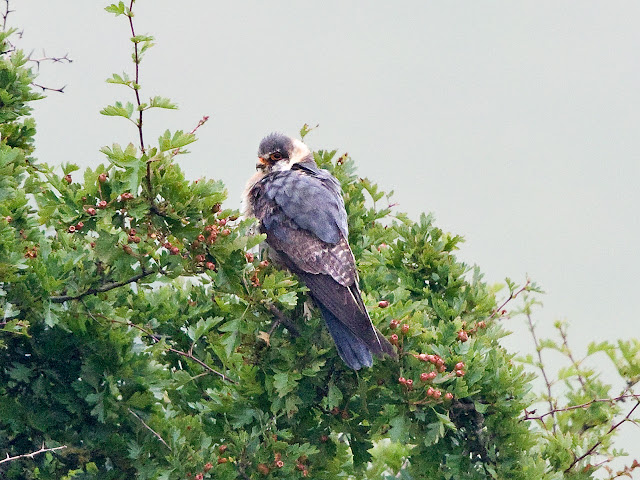 I felt as though I had missed a good opportunity so there was only one option and that was to go back the next morning for another go. The weather had improved and although not perfect did at least offer some promise. I had the place to myself, no people and unfortunately no bird but I did eventually find it a little further east down in the valley. 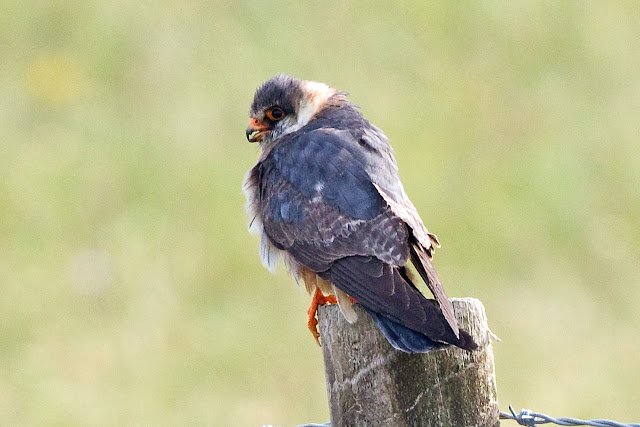 A few people turned up and the falcon gave occasional views and flyovers but no real picture opportunities. People came and then drifted away and eventually I had the bird to myself again. It makes all the difference.

I picked my spot and waited and eventually he flew in close and appeared to be checking me out. He obviously didn't see me as a threat and commenced hunting in the grass along the fence line close by. He probably just had me down as a funny coloured sheep and paid very little attention to me.

I took another couple of hundred shots during this time. The ones with him on the fence came out well although they all looked very similar and are a little soft due to a very light mist in the air. Most of the ones of him flying down into the grass didn't really work. The shots below are from this period. 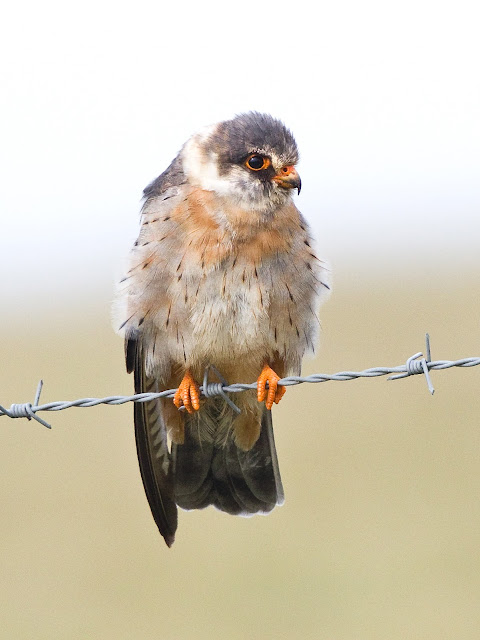 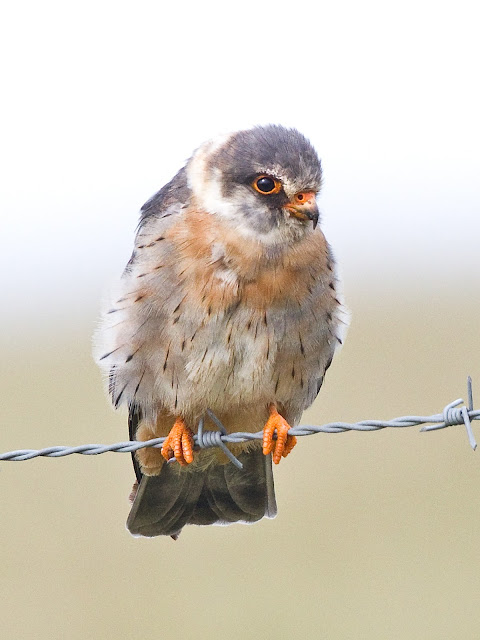 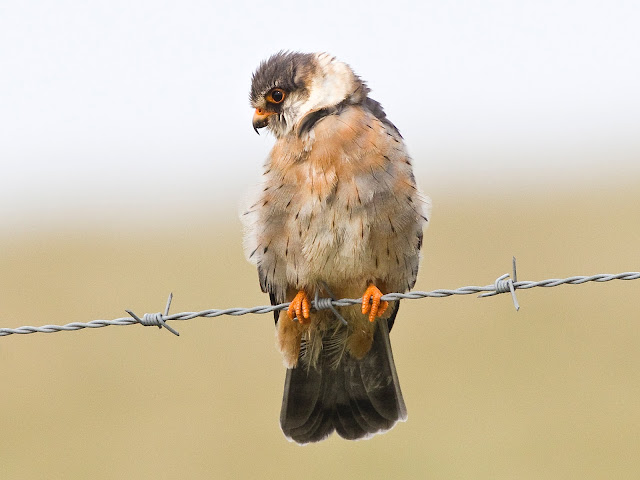 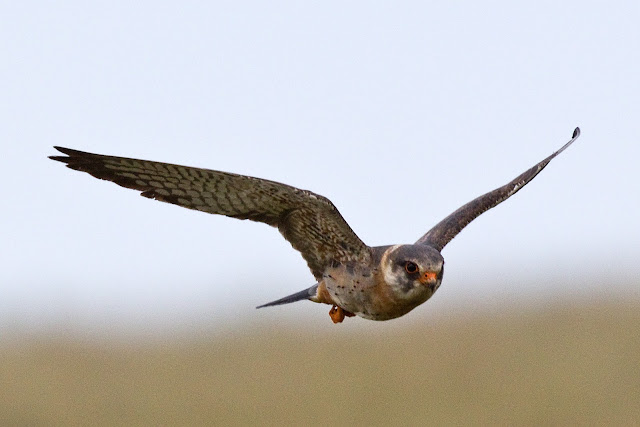 Earlier in the morning I had taken a few shots of the bird hovering and flying past. Most where silhouetted against the sky and looked like rejects but I had some free time so decided to see if I could rescue them in Photoshop. I was quite pleased with the outcome. I have lost the sky but the colours on the bird are close and if I added a sky as a backdrop they would come out well. 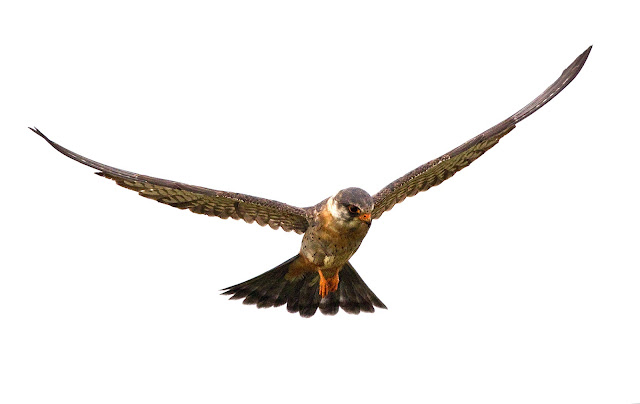 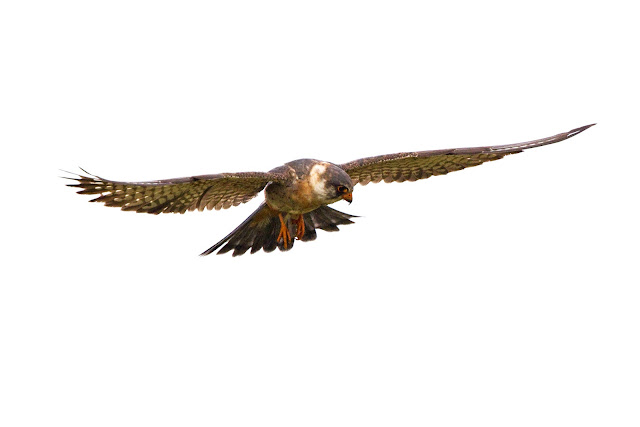 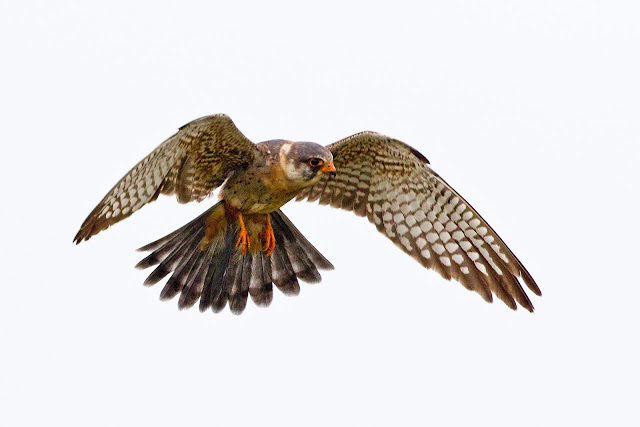 Overall a couple of interesting and unexpected mornings birding. The bird is, I think, a second calendar year and is in moult so it was never going to look perfect in the pictures but I am happy with the results.


The Red-footed Falcons really do seem tolerant of people. I have only ever seen three and two of those have given very close views. The shot below is of the Barcombe Mills female back in June 2015. In that case she flew in and sat in a nearby tree seemingly to observe us. I have seen hundreds more Hobbies but have never managed to get close to any of them.

Lets hope the Beeding Hill bird comes back next year in full male breeding plumage and completes my set of pictures.