It has all been a bit slow on the birding front. Dave and I made our annual trip looking for a Lesser Spotted Woodpecker and had our usual result, one heard but none seen. The location chosen this year was Burnham Beeches. Plenty of Great Spotted around and drumming and one bird sounding good for a Lesser Spotted but we couldn't get eyes on it.

We did get Red-crested Pochard on Stockers lake but no picture. The Lesser Spotted takes priority so we don't usually get to Stockers until around midday and the Pochards always seem to be taking a siesta on one of the islands. Had to make do with a Goldeneye.

I had a better day out on Tuesday. A long walk around the Wrens Warren area was not looking very promising but just as I was about to leave I had sight of the Great Grey Shrike. It was distant and did not stay perched for long but at least I saw it. The pictures were nowhere near as good as those we had back in October. This time the bird seemed much more flighty and did not return to the perch I had found it on, as it had been happy to do the last time we saw it. It is probably starting to think about migrating back to Scandinavia. 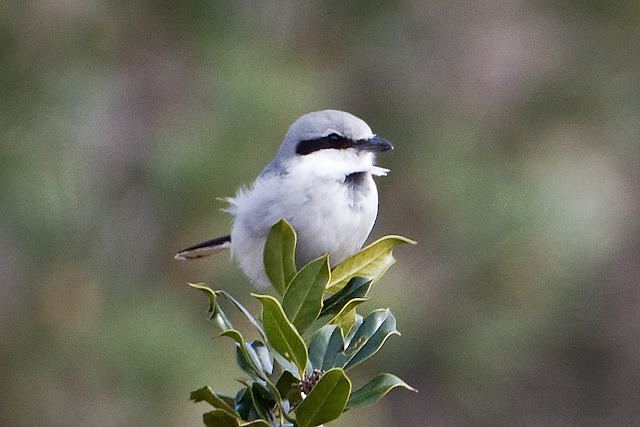 Flushed with success I decided to head down to the Cuckmere to have a look for the Glossy Ibis. This one was a lot easier to find. It was visible from the road just to the east of the Exceat bridge and north of the road, foraging with a small flock of Teal. Again the bird was distant but with no cover or easy access I just took a couple of record shots from the road and left it in peace.

Fortunately I had seen a tweet from Matt Eade reporting three Water Pipits just north of the Cuckmere bridge and I also managed to get views of  at least two of these as well as a number of Rock Pipits that were also in the area.


And finally, today, I managed to catch up with the two White-fronted Geese at Pulborough Brooks, at what was probably my fifth or sixth attempt. Very distant as things always seem to be at Pulborough and seemingly still associating with the Canada Geese so perhaps a little suspect.


Posted by Martin Peacock at 21:29 No comments: Links to this post