It has been a frustrating autumn migration, made even worse by the reports of good birds from around the country. I really don't understand what the birds have against coming to visit us in Sussex. I have spent hours walking the local birding spots looking for a rarity, have stalked many promising looking birds only to discover Chiffchaffs, Reed Buntings, Goldfinches, etc. and have generally started to sink into a state of despair over birding the local patch. I don't think I have taken a single decent picture since the Eastern Olivacious Warbler back in mid September.

Today I decided to change my luck. A Snow Bunting at Shoreham Fort and a Grey Phalarope at the Cuckmere were bankers. Both appearing to be in residence for a few days, both species loyal to a small patch so making them easy to find, and both easy to approach giving the promise of some decent photographs.

It was going to be a good day, except it didn't start too well, the Snow Bunting had gone AWOL. Undaunted I moved on to the Seven Sisters Country Park and headed off down the footpath to the Phalaropes location. On the way I spoke to one kind lady who told me that there was a police car down there with the occupants flying a drone out along the cliffs and that the drone had flushed the Phalarope. It didn't look good.

The valley looked great with the meanders and the flood plain mostly under water but on arriving at the target location there was no sign of the bird. I stood on the path scanning the area for about ten minutes just hoping I would see it flying back in but with no sign of it I decided to move on. Fortunately Alan Kitson, walking in from the opposite direction,  kindly pointed out that the Phalorope was feeding under the bank less than three metres from where I was standing. All credit to Alan, he even managed to keep a straight face whilst he was telling me! 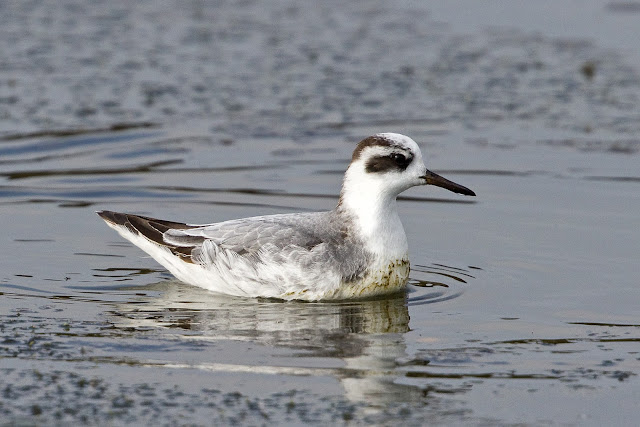 What a great bird to see and to photograph. It paid no attention to me, to the people walking by, or to the police car passing close to it. Its sole interest seemed to be the task of clearing the Cuckmere of flies which it was picking up off the weed covered surface of the pool. 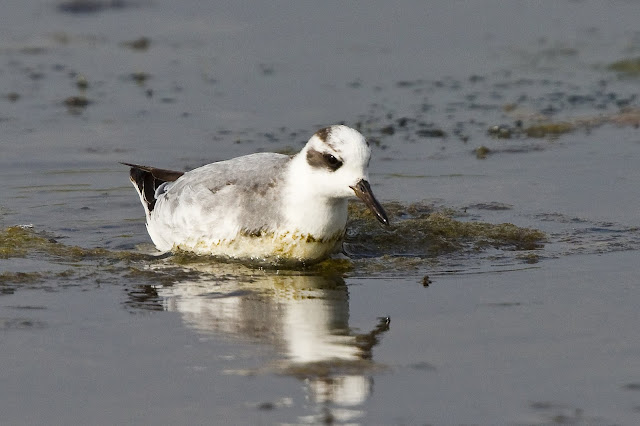 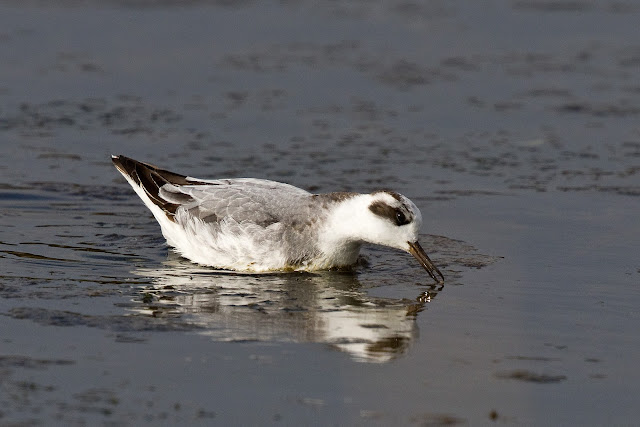 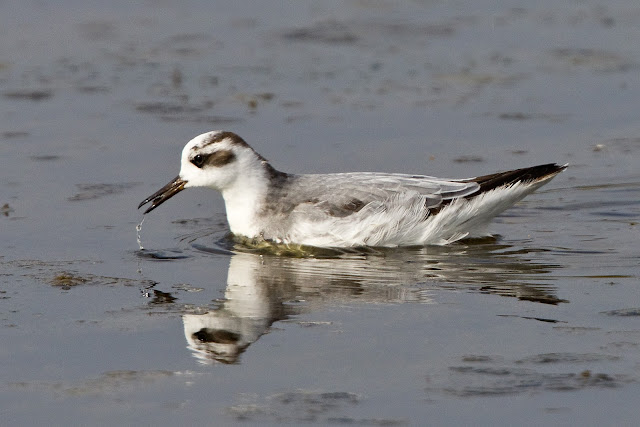 A great bird to see, easy to photograph, although strangely difficult to get a good photograph. Dull lighting and a grey bird against a grey background don't make for the best  of photographic opportunities. 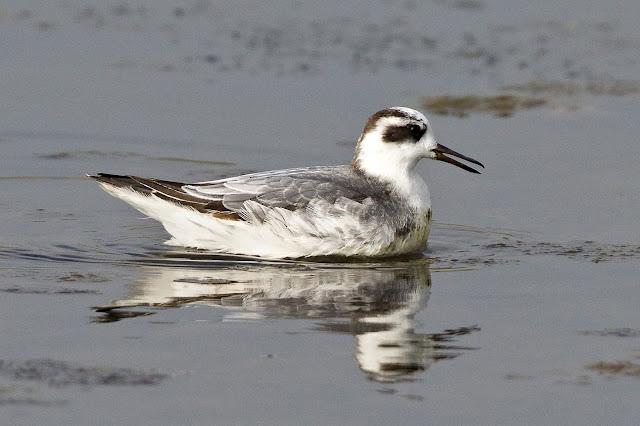 Only usually seen in the UK when on migration and in this dull grey plumage the bird is known outside of Europe as a Red Phalarope due to its bold red breeding plumage. Migration from the arctic breeding grounds is usually down the western coast of the UK to the Atlantic Ocean where it winters off the coast of Africa and South America. Recent storms have probably driven this one inland where it is topping up on supplies before it completes the rest of its migration.