Just a quick blog to record a couple of the more unusual year ticks, a Hoopoe and a Ring-necked Duck. Both also memorable as it is the first time I have seen them in Sussex

The Hoopoe was to be found in Bazehill Rd, Balsdean within a few yards of where we had excellent picture opportunities with a Red-backed Shrike back in 2013. It is difficult to believe that it was that long ago.

Unfortunately the Hoopoe wasn't quite as obliging and I couldn't stay for long but it was nice to get a record shot. The one with the crest erect will have to wait until the next opportunity. 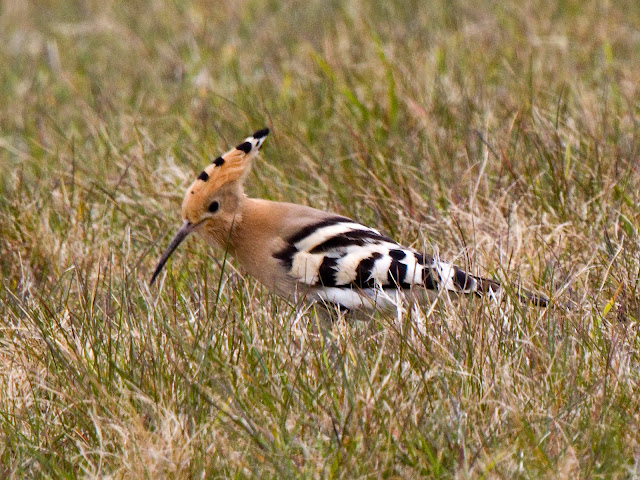 The Ring-necked Duck was to be found on the Honer Reservoir near Pagham a week or so ago. The Reservoir, which is not named on the map, is for field irrigation on the Honer Farm. It is of earth construction lined with some sort of waterproof membrane and can be approached from a footpath at the end of Summer Lane Pagham or from a footpath (often waterlogged) from the North Wall.
It doesn't sound much but has delivered a few good birds since it's construction, including a Long-tailed Duck a couple of years ago.
To complete the Blog, as I haven't used the picture before, a Black-tailed Godwit just coming into summer plumage. In a couple of weeks time it will look truly stunning. 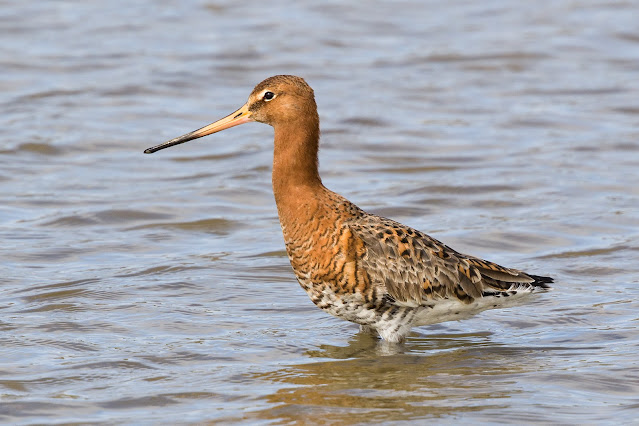