The threat of having to queue for fuel has kept me close to home for the past couple of weeks but with the panic easing and my fuel tank now topped up I thought I would venture out once again. My destination was Farlington Marsh. It's one of those places where you can walk around one day and see nothing then the next day find all sorts of interesting birds.

Today, was unfortunately closer to a nothing day, than an interesting day. A few distant waders, lots of Little Egrets, a couple of Wheatears, and a fast flyby by what I think was a Sparrowhawk. Whatever it was it wasn't hanging around to have it's picture taken.

I had been hoping for Bearded Tits. I have seen them there at the beginning of October in previous years and with a strong south westerly blowing there was a good chance they would be foraging in the reed bed behind the shelter of the sea wall. Sadly it wasn't to be and I will have to return later in the winter.

I had a backup plan, a Glossy Ibis at Warblington, just a few miles east along the coast. The Ibis had been resident for a week or so, towards the end of September but then appeared to have moved on. I couldn't get down to look for it then but it's reappearance today was good timing. 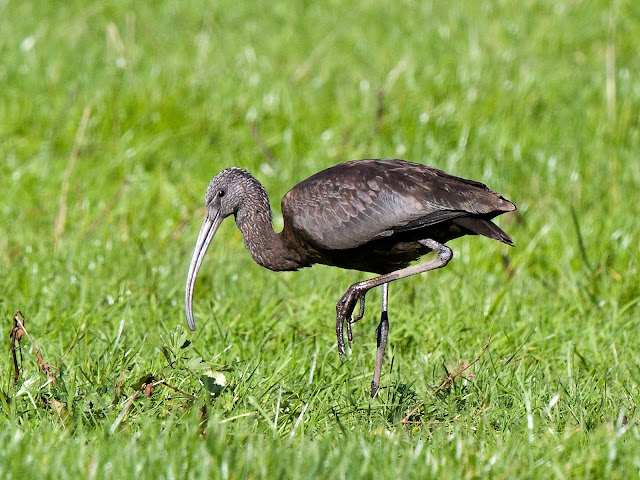 It was easy to find, in the middle of the field just to the east of the new cemetery. 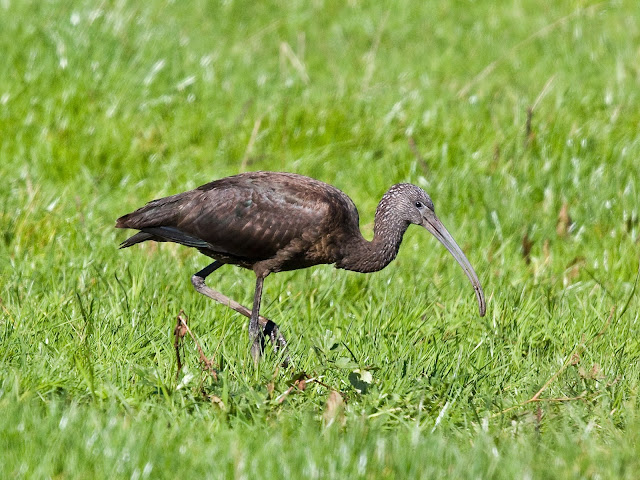 It would have been nice to have got a bit closer but I can't really complain. Some of the previous Glossy Ibis I have seen have been very wary of people and moved away as soon as you showed yourself. 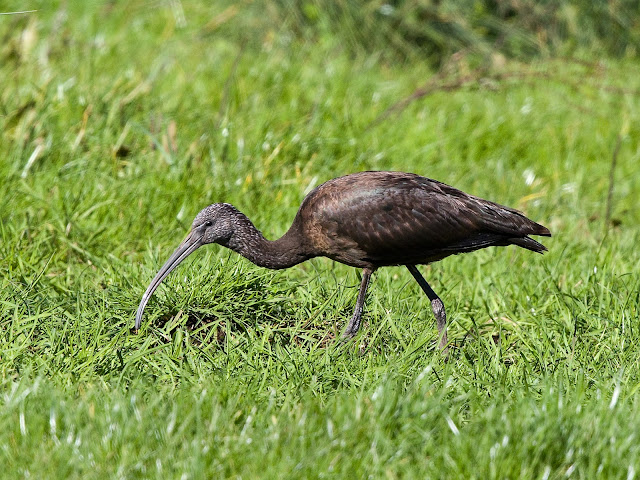 Favouring a field just by a well trodden  public footpath this bird must be well accustomed to people moving back and forth. I had hoped it would gradually come closer as it got used to me being there but it seemed to be finding plenty of food in the middle of the field. 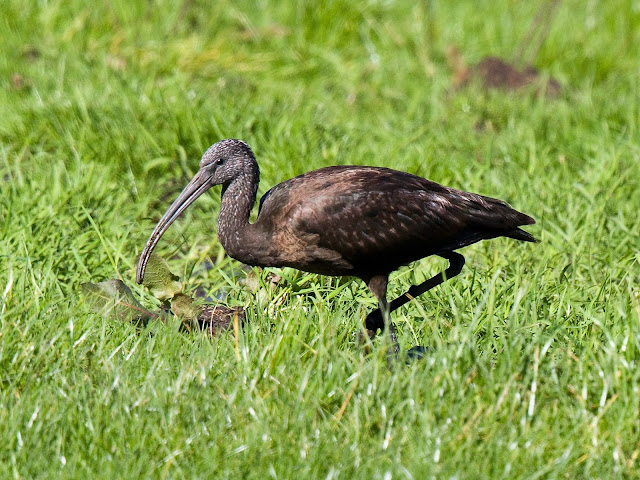 I had a look around the harbour and the Nore Barn Woods and went back about an hour later hoping it had moved closer but it was nowhere to be seen. Nor could a search of the hedges and trees around the field produce any sign of a roosting place. However it could well have been there as I imagine once settled in a tree it would be well camouflaged.

It was the only bird I managed to photographed all day but as it was one I don't get to see every year, I at least went home with a smile on my face.

If you do ever get down to Warblington make sure to have a look at the Yew trees in the churchyard. The church dates back to Anglo-Saxon times and some of the trees are reported as being over 1500 years old. They are truly impressive and if I had been a bit more on the ball you could well be looking at a picture of one of them now.

The church is probably interesting as well if you like that sort of thing!