With a Snow Bunting being reported in the sand dunes at East Head, Dave and I thought we would pay a visit. We hadn't been there for a couple of years. It is a really beautiful place but it's spoilt by too many people and hundreds of dogs, most of them off the leash.

We wouldn't have bothered for most birds but Snow Buntings seem particularly tolerant of disturbance and are adept at avoiding dogs. They take little notice of people and so usually offer the photographers some good picture opportunities. It was worth a look.

And look we did, for about an hour and a half, walking around the tide line and through the dunes. We could see no sign of the bunting and other birders we saw were leaving empty handed. The dogs got the blame but to be fair there were plenty of places amongst the dunes where the bird could have been feeding in safety.

In the end we gave it up as a bad job and headed back to the car to move on to another location. Then, much to our surprise, as we walked across the car park and were only about fifteen feet from the car, there was the Snow Bunting waiting for us. Or so it seemed at the time. In fact we only just managed to avoid stepping on it as it scuttled across the grass in front of us. 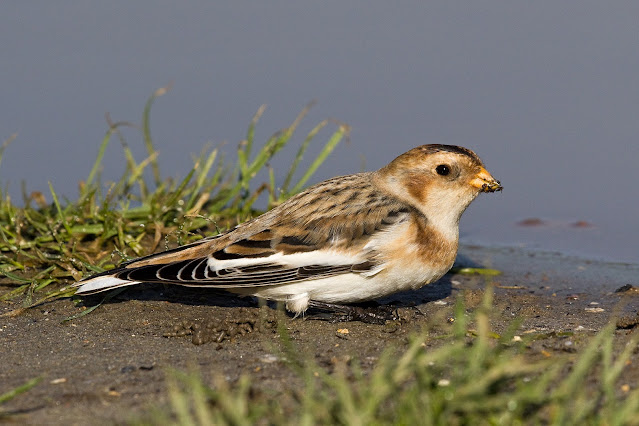 There was a bit of a panic as we had already packed the cameras away but the bird was very obliging, staying close by until we got our record shots. In fact it stayed within 20 feet of us for the next hour. 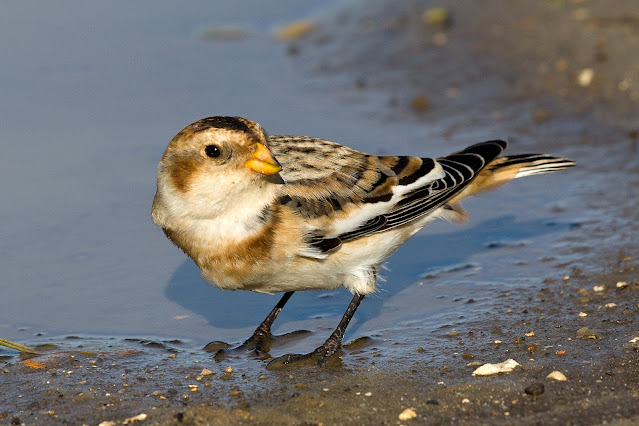 Nothing seemed to phase the Snow Bunting, people and dogs walking by, groups coming to see what we were photographing, cars and a tractor going past, and even a Land Rover splashing through the deep puddles at speed, less than ten feet from the bird. 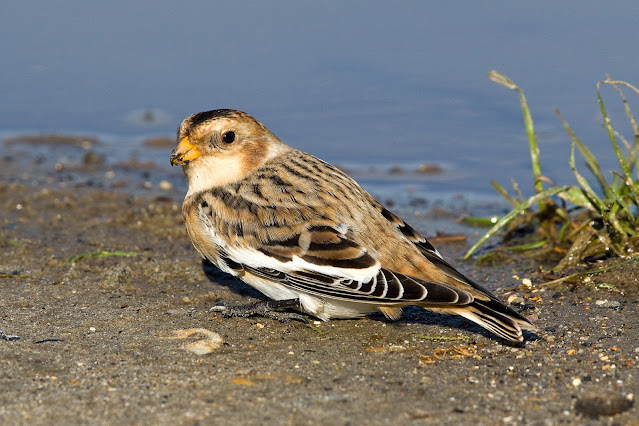 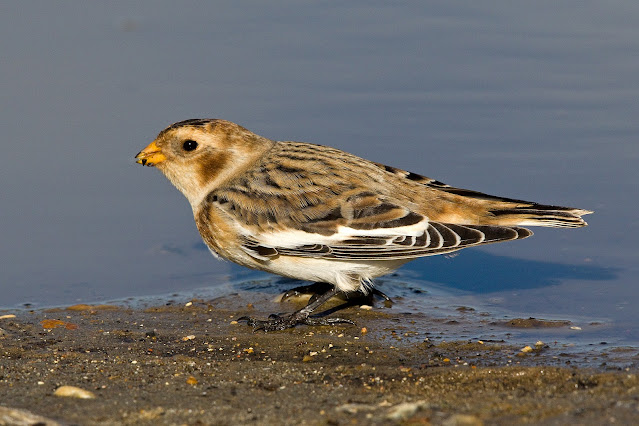 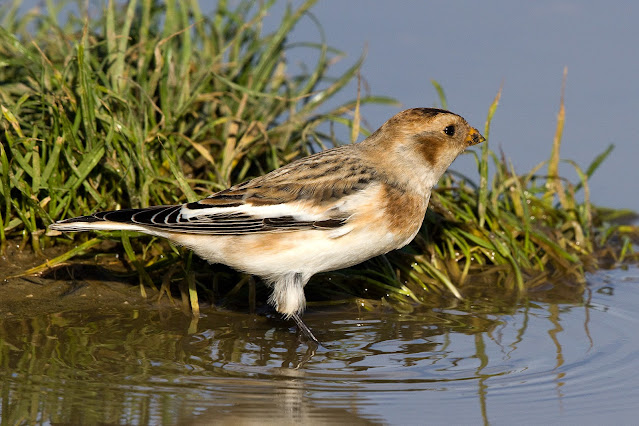 I don't get to see that many Snow Buntings, this being the first for a couple of years but as they are so obliging you do tend to end up with a lot of good photographs of them. It was nice to get this one, with a background of grass and water, instead of the usual pebble beach where it tends to blend in.
Our target a couple of days later was a much less obliging bird. We were after Brambling. The technique is simple, find a big flock of Chaffinches and search it in the hope that there are a couple of Brambling flying with them.
The location was Friston Forest and we found our Chaffinch flock easily enough. We also identified at least three Brambling flying with them. So far so good, but unfortunately the light was very poor. A heavily overcast day, a location under the shade of trees, and a very skittish flock of birds. Added to that the Brambling is well camouflaged when feeding amongst the Beech Mast on the forest floor. 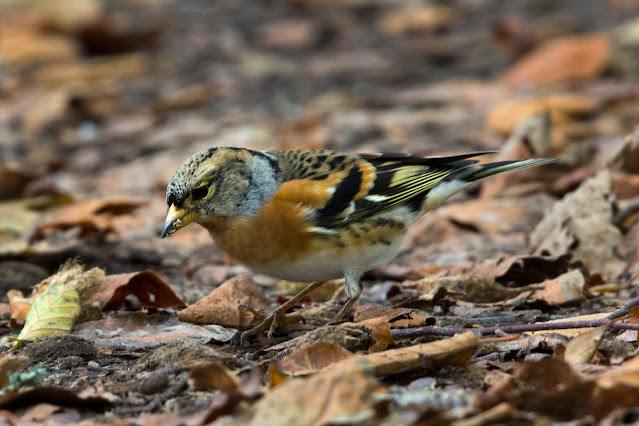 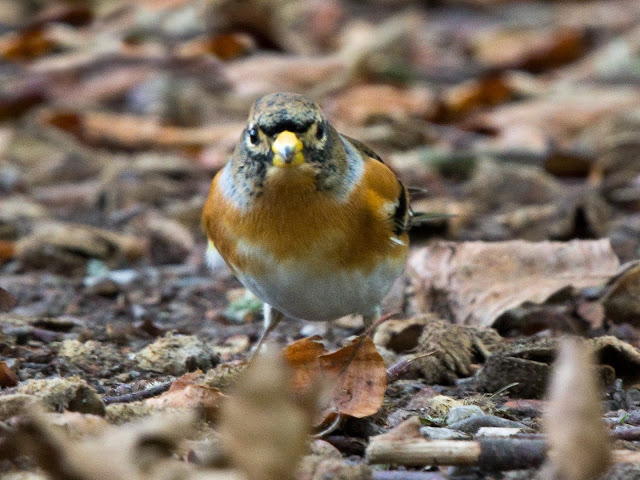 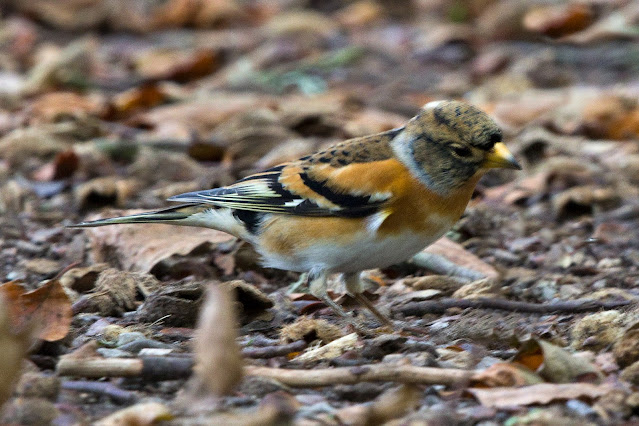 But again, this is a bird that I don't see very often and unlike with the Snow Bunting, it's not one that I get many good photo opportunities with. We did manage to get some record shots, they are not particularly good, but this is certainly a bird worth recording here and I think we will also be going back for a second go at photographing them.
Posted by Martin Peacock at 21:45