December the 10th and Dave and I were at Sovereign Harbour photographing the Great Northern Diver and Guillemots. That night when I got home I looked at the messages on my phone and realised we had been just a couple of miles down the coast from a reported Shore Lark at Pevensey Bay. Bad mistake, must check my phone more often.

I told myself that I already had good pictures of Shore Larks and that it was no big loss but then it was reported again and then again the next day. By the 21st it was really starting to get annoying. Then when I checked I realised that I had not seen a Shore Lark for five years.  So back I went and after a bit of searching there it was. 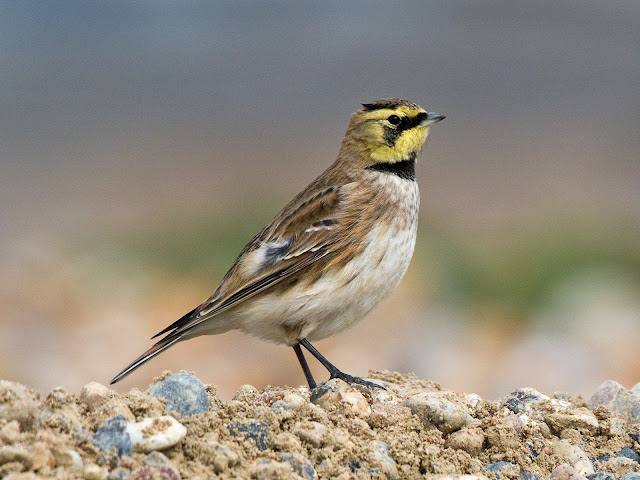 There is a nice strip of land as you approach the Martello Tower where I was expecting to find it. It is sparsely vegetated shingle where the bird would find grass seeds and if it was lucky a few insects. Instead it was further west in front of the beach houses where it was foraging on ground that had recently been bulldozed into sea defence banking.
It seemed a strange place to find the bird but as the next two pictures show, it seemed to be finding plenty of seeds on the ground. 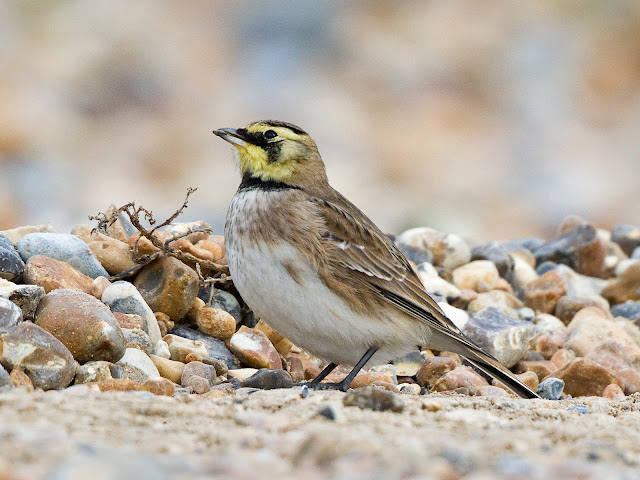 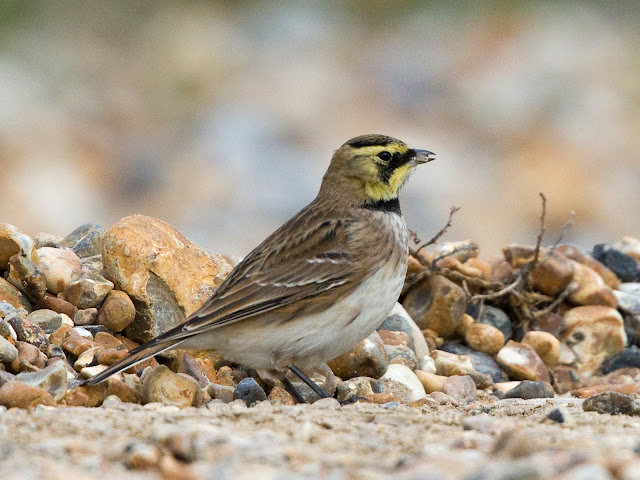 Leaving it for those eleven days before I went looking, worked out quite well and I had the bird all to myself for about two hours before anyone else turned up. Although I have to confess that I spent about half that time locating the bird, when a few extra pairs of eyes would have been useful. 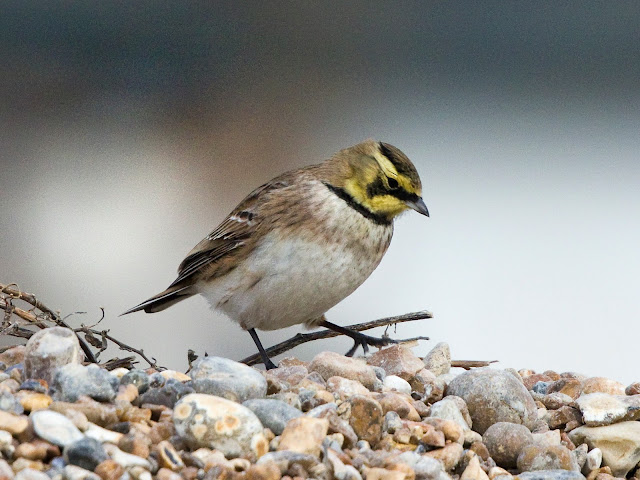 It is always interesting, when you spend any time with a lone bird, to note just how long it spends checking out the skies for predators. The one eye on the sky pose ends up in a lot of my pictures. It makes you realise just how precarious a birds way of life really is. 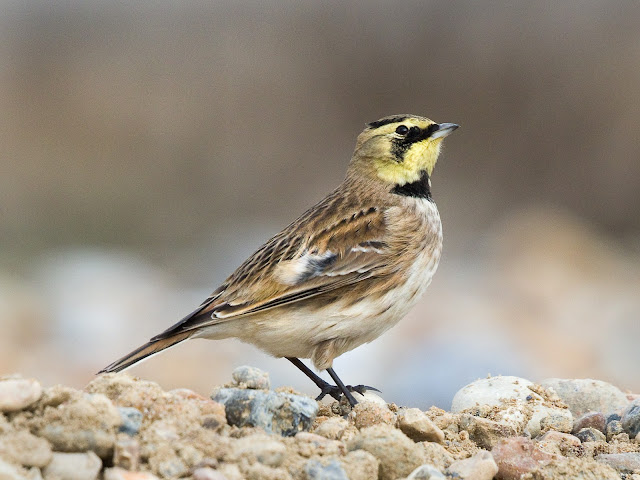 The days are short at this time of year and I wasted what was left of it looking around Horse Eye Levels. It is one of those places that can sometimes really deliver but on most occasions all you get is a few crows and starlings. The best I found was a flock of about thirty Redwings that I managed to flush. Try as I might I could not see any Fieldfares amongst them as they flew away.