Dave and I paid a visit to Pagham Harbour on Monday, to catch up on some of the autumn migration.

We saw plenty of birds, Wheatears, Whinchats, Redstarts, Spotted Flycatchers, Whitethroats, Yellow Wagtails, and lots of Hirundines but they were mostly distant and offering few picture opportunities. The real action came from one of the resident Cattle Egrets, when it got tired of  catching insects and decided on a more substantial lunch, by taking one of the Yellow Wagtails feeding along side of it.

We tend to think of Cattle Egrets as docile insect eating birds that take the occasional frog, toad or newt or maybe even a small mammal but the speed of its attack and the way it dispatched the unfortunate Yellow Wagtail were a real reminder that this is a member of of a top end predatory family. 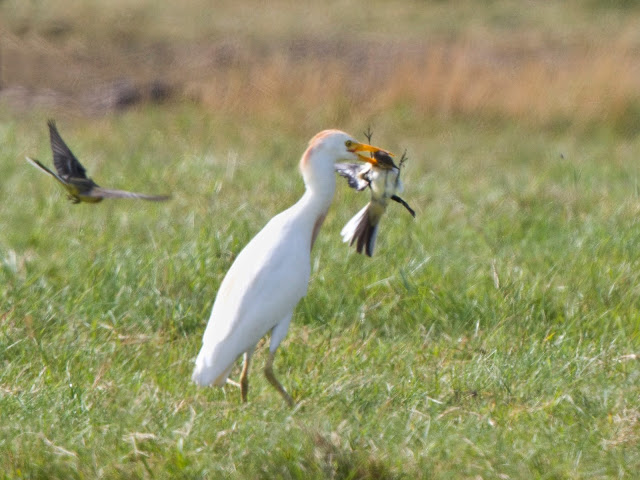 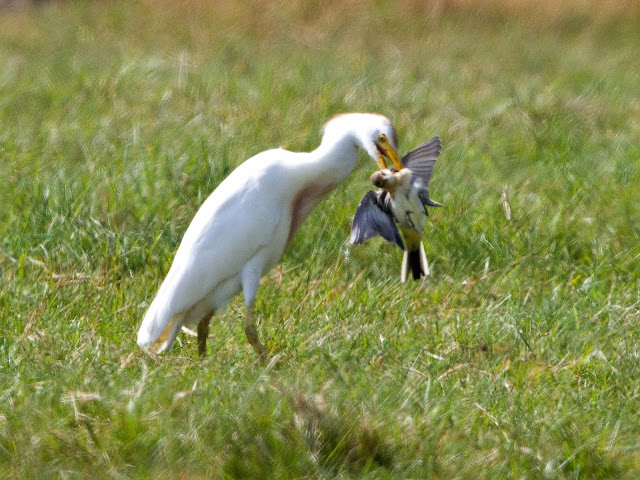 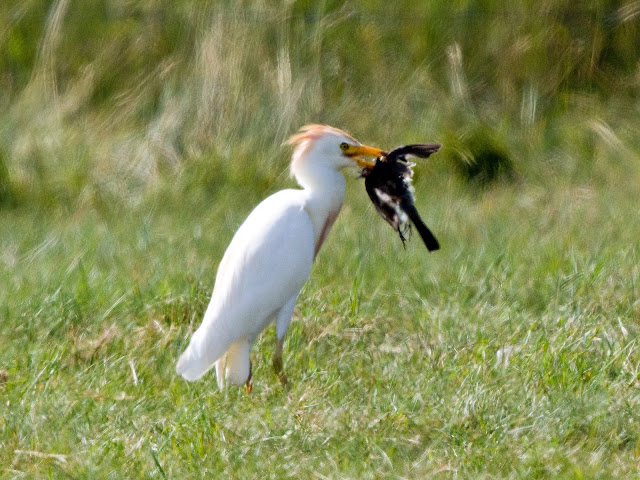 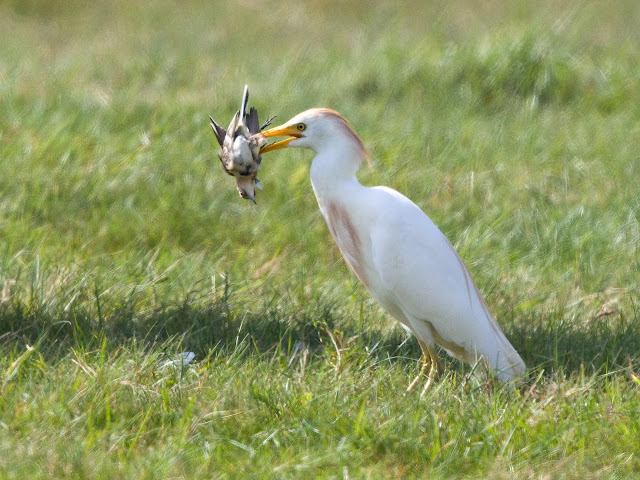 The cattle looked on curiously as did the rest of the Wagtails before they calmly returned to feeding along side the other cattle Egrets. 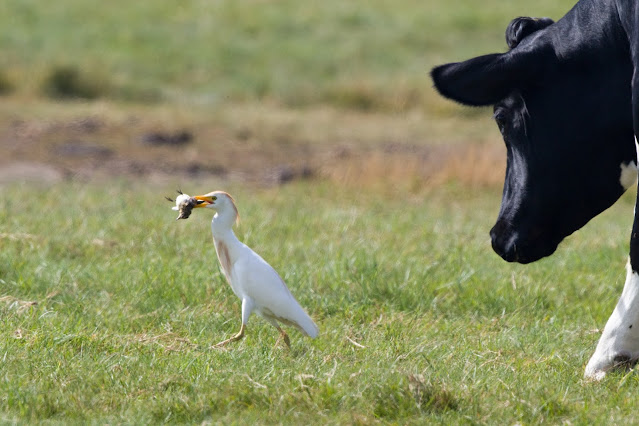 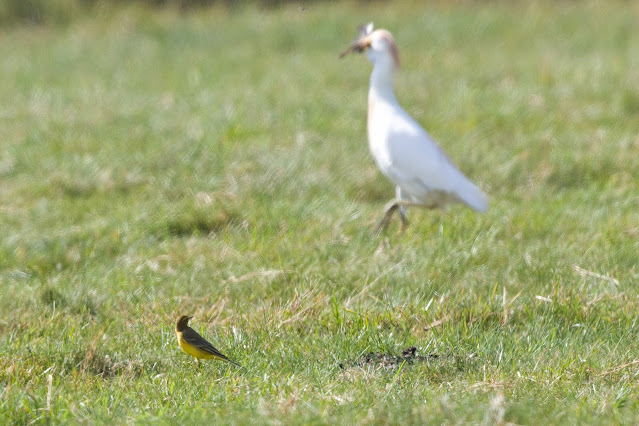 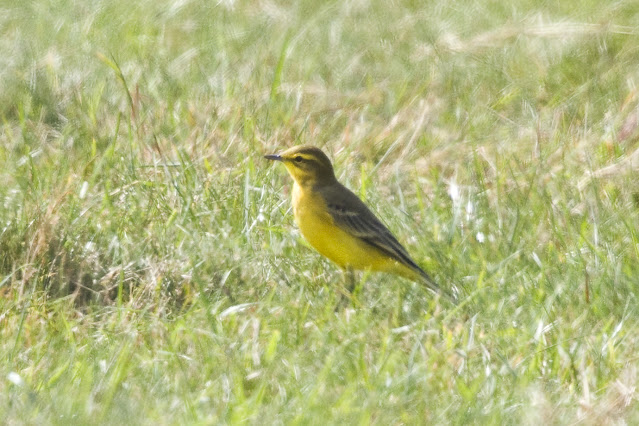 One swallow and it was gone. Gruesome but that is the way of nature. The moment of madness was over and everything returned to normal with perhaps only a couple of old toggers feeling any regret for the passing of the bird.